I miss the old SNL 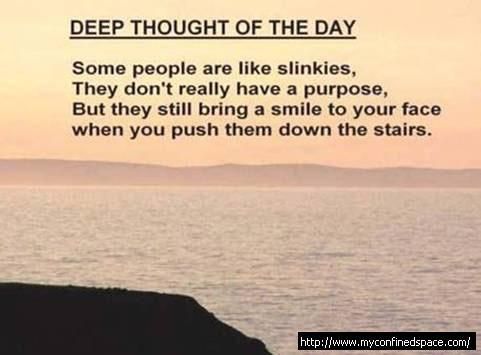 I thought it was funny

Read anything good lately? Here's my goodreads link, https://www.goodreads.com/imrod
Posted by Rod at 6:50 AM No comments:

This is more suited to my former blog, Rejection Syndrome:

"Thank you for allowing [literary magazine] to consider 'Lost Dreams'. We have read your work carefully, but must decline to publish."

I got to cry twice.
First, when I got the rejection.
Second, when I noticed how hysterically ironic it was!
Posted by Rod at 2:34 PM No comments:

Of course it is 11:24 AM central time, so the new day arose hours ago. But this is metaphorical title for a post. I have noticed that I have an annual blog. It seems to me that I should put a little more effort into my blogging. So, I have decided to post again. Maybe I will even post often enough to feel like I should let people know this blog exists. They can line up around the block to read it, or they can just type in rodswords.com. Then again, maybe not. Maybe I should just keep this, my secret. Or maybe my words will just swell the 1's and 0's online until everything explodes and sends the earth careening into an asteroid. It's only fair since they have careened into us. Yes, this is senseless drivel. We all have our own special skills.
These are Rod's words.
Posted by Rod at 9:30 AM No comments:

Over fifty years ago Rod was born, Rodney.  I don’t believe that is too confusing. It’s not near as confusing as John being nicknamed Jack.  After checking the internet my parents found no other Rodneys. Since then there have been other Rodneys adding to the global community.

I was named Rodney so I wouldn’t be confused with my father, Ronnie. Guess what I was called growing up?  Ron, yep, for most of my life. I also answer to Rob and Hey-you. I think I have some kind of lisp because whenever I tell someone, “My name is Rod,” I get an odd look and a query, “Ron?” “Rob?” “No, Rod,” I respond, “fishing rod, or hot rod.” At that point they smile, “Oh, hot rod.” For some reason people find it amusing that the little memory que for me is hot rod. I try to help people out. I point to my red hair and beard, “Red—Rod.” “Nope, hot rod, I’ll remember that.” For some reason I think they remember me not because I’m hot, but because it is such a contrast.  It would be like calling Simon Cowell, Kind Simon.

My not being named after my father, but named closely, should not cause any consternation to those who know my family. I was born in Columbus, Ohio. My father married his southern bride and moved her to the cold Midwest. Mom is from Birmingham, Alabama, where we now all live as a happy extended family. Dad’s work announced that he would have to transfer to a different location. I don’t remember to where, besides I was a newborn. However, it is obvious that he and Mom didn’t want to transfer there, because he quit the job, and did something that makes no sense for those who don’t want to move—he enlisted in the US Navy. And that began our hopscotch life.

Please be aware that everyone knows that Rod is not very funny, nor very witty. However, neither is the rest of the world’s population, especially men over 50. Studies show that the loss of humor is directly related to the decline of testosterone in the average male. Researchers at Smith College report in a study that men become animals at puberty, and sometime after 50 they become like little boys again. “It’s a testosterone thing,” they claim.

However, studies show that the minds of older males do not decline fully if the men have been married for more than 25 years, especially if married to the same woman. Elderly men do not have to think anymore because their spouses think for them. This explains why the aging females have frequent headaches and fatigue at night; they are thinking for two.

In aging women the energy needed to think for two is stored for when older men operate a vehicle or open their mouths. The energy reserves are stored in married women’s buttocks and hips. This explains why these enlarge after marriage.

These are Rod’s words.
Posted by Rod at 4:38 PM No comments:

Rod
Welcome to one of Rod's blogs. Know that whether you are at Rod's Words, Dancing Dandelions or Write Endings every voice matters, but Rod edits them all. Rod writes, sells books online (not his own), works for an online graduate school, and is an adjunct at the University of West Alabama. He has an MFA in creative writing. He has studied creative writing, psychology/counseling, biblical studies and educational administration, all ending with official looking documents suitable for framing.